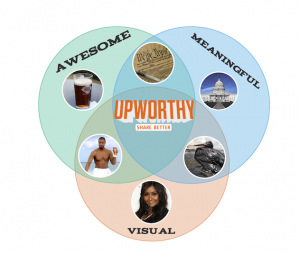 There’s a new trend cresting in the digital journalism world… called “viral news” and it’s well on its way to changing the landscape of how websites will soon be producing new, shareable news stories.

It’s important to note that this isn’t the work of standard viral websites like Fark or Buzzfeed. Instead, there’s a new generation of thoughtful, news-focused startups that are finding new ways to share important news content without reducing it to a sugary mass of fluff. One of the biggest viral news websites today is Upworthy, which focuses on creating viral posts of serious content including political speeches, think tank concepts and research data. Since its start in March of 2012, Upworthy has earned millions in funding and gained the monniker of the fastest growing media company in the world.

Read the full piece at mediabistro.com