Traditional TV planning to cut back on ads, as viewers increasingly cut cords & switch to streaming 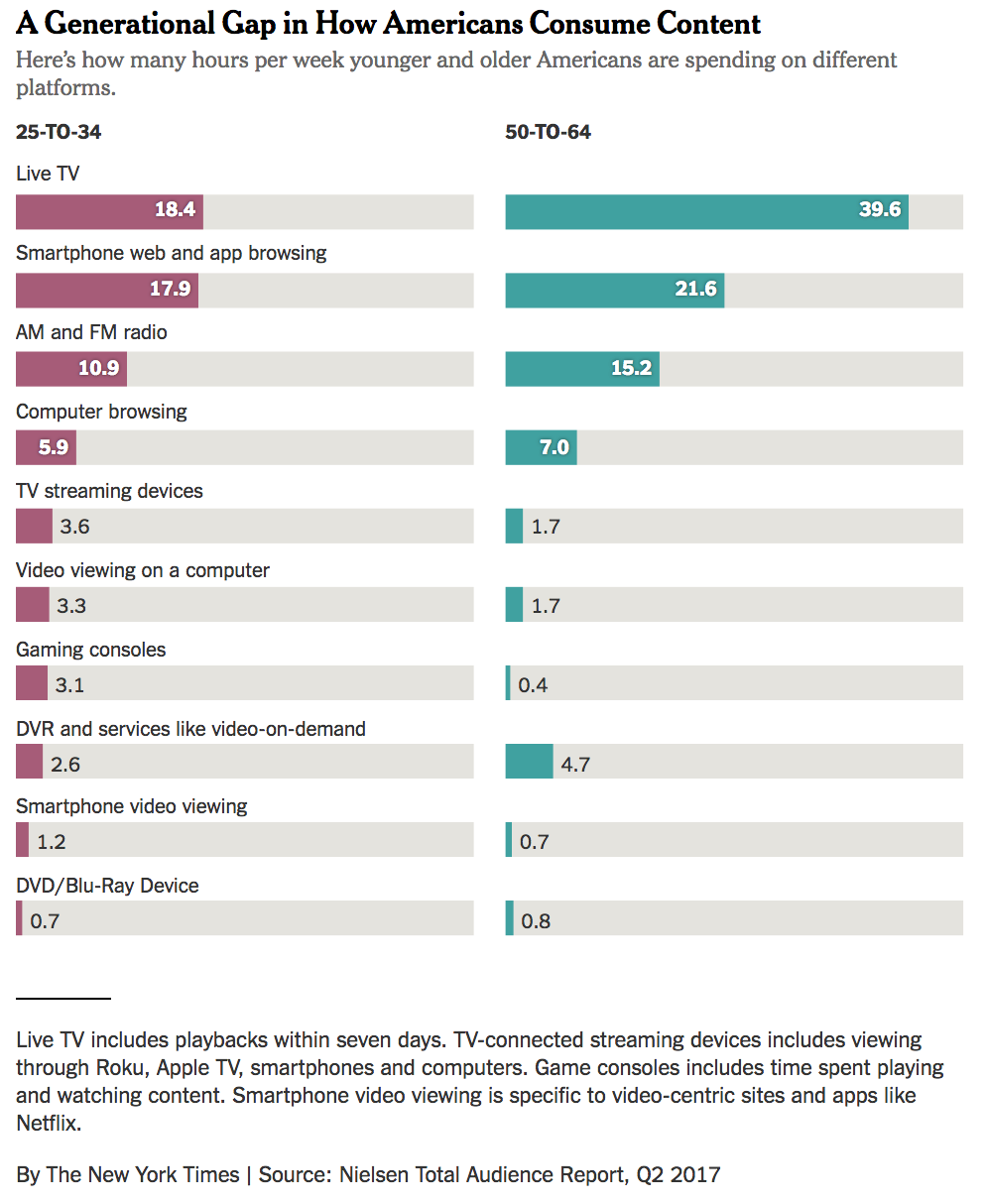 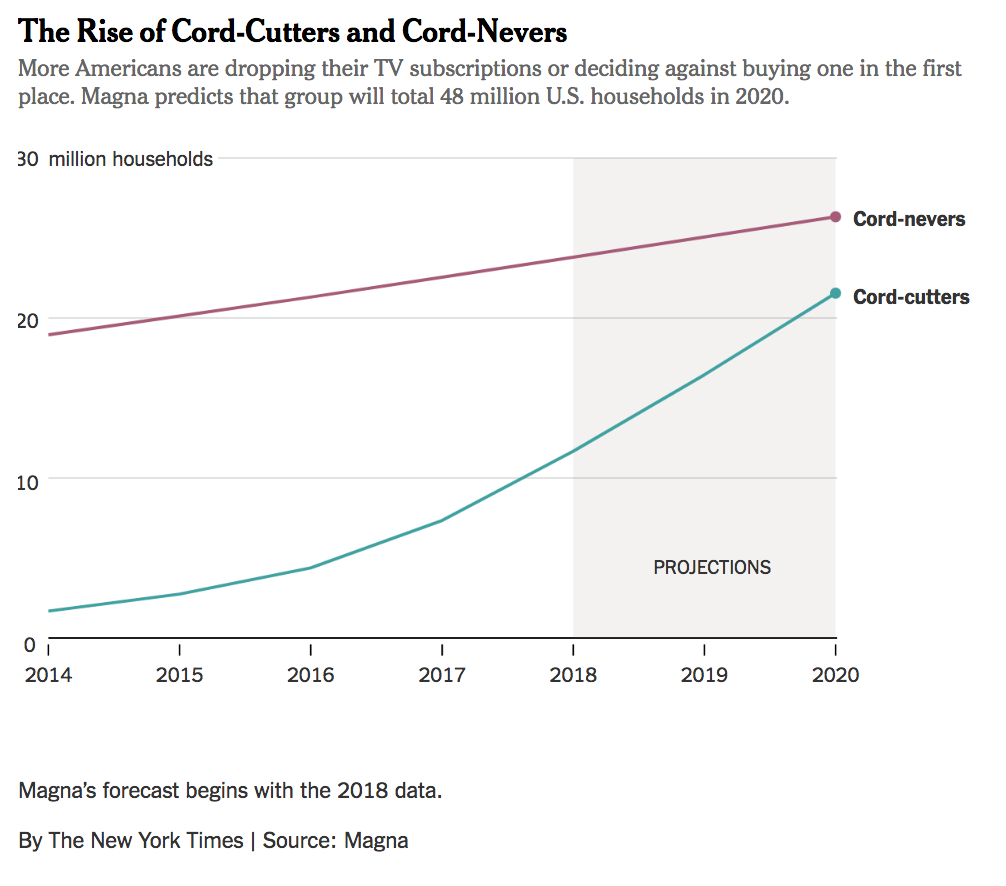 Those opting out of traditional TV packages are watching Netflix and videos on Amazon Prime, and to a lesser extent, paying for services like Dish Network’s Sling TV, according to Kagan, a media research group within S&P Global Market Intelligence.

As networks navigate these changes, they are moving to reduce the number of ads they show. Ads, after all, make money, but they also annoy viewers. Last year, the average number of commercial minutes during an hour of broadcast TV was 13.6, according to Nielsen data.

Both NBCUniversal and the Fox Networks Group have said they will trim the total time of commercials shown during some of their shows; Fox has announced a goal of reducing ad time to two minutes an hour by 2020.

Read the full piece at The New York Times